It’s a universal custom. One that needs no explanation. It transcends language. Whatever the location. Whatever the quality of establishment. We simply know what to do.

And yet, there is always a card explaining.

Hang them up and use them again. On the floor and they will be replaced.

The card not only informs us of the required positioning for laundering, but helpfully reminds us of our green credentials by complying. We have done our bit for the planet, we are energy efficient and we can feel good.

You probably knew that though, before I said it. Up to reuse, down to be replaced.

When we’ve done with an emotion, we could hang it up to be used again. Emotions tidied away on the rail. Folded neatly and shelved for the next time they are demanded. Hung with care on the hook. Drying, ready to be doused in human interaction once more, as needed.

If we didn’t want them again, or needed replacements, we could discard them on the floor, willy-nilly. Cast them asunder as we go about our business. Drop them where we stand. Pile them up, like a well formed trip hazard. Toss them recklessly, in heaps of soggy emotions of various size and shape.

Oh hang on. We already do. 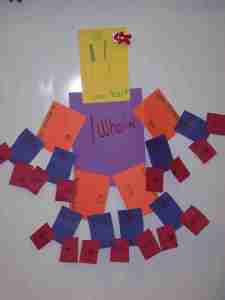 Having visited the National Civil Rights Museum in Memphis, the second new learning which stayed with me was this…

In 1787, after independence, the three fifths clause of the United States Constitution was enacted. “Three-fifths of the number of slaves in any particular state would be added to the total number of free white persons, including bond servants, but not Indians, to the estimated number of congressmen each state would send to the House of Representatives.”

Effectively each black man or woman was worth three fifths of a white man or woman, when it came to ‘democratic’ representation. It seems shocking; indeed a few people audibly gasped when the video at the museum shared this.

And I wonder on reflection, do we still do this today? Unconsciously? Do we value certain people more, or less? Is it just that we no longer write it down, make it law?

And do we hide parts of ourselves too? Only present to the world the part(s) we feel comfortable with? Do we show up, not as our whole self, but as the fraction we believe is acceptable to those around us, in our context, in our environment, now at this time?

If you could offer a fraction of yourself and discount the remainder, which fraction would you choose? 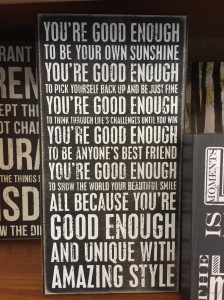 I visited the National Civil Rights Museum in Memphis yesterday.

It’s sited on the spot Dr Martin Luther King Jr. was gunned down in April 1968 – the Lorraine Motel. Moving scenes.

Following the struggle of the Afican American through three centuries of slavery, abuse and segregation is a sobering insight into the darker side of human beings.

Maybe it reflects my own experience and knowing, but I found it more troubling to read of the twentieth century travesties than the seventeenth, where the importing of slave labour from Africa – somehow seems unreal; from a time gone by. The abuse in the street and the segregation however, in education, on buses, in everyday life… shaming stuff.

I learned much. Two things struck me in particular. I will cover the second tomorrow.

The first however was that in the 1950s a long legal battle came to a head, relating to segregation in schools. The legal team had contacted a group of psychologists who had researched the psychology of segregation. Their test was simple – it was called the doll test. They simply gave children, aged 3-7, four identical dolls. Identical, except for their colour. They asked them a number of simple questions to establish which doll they preferred. Overwhelmingly the children, whether white or black themselves , preferred the white doll.

The evidence was used to show how self esteem, a sense of inferiority and self confidence were affected by society, environment and prejudice.

The Supreme Court cited the work implicitly in the following passage: “To separate African-American children from others of similar age and qualifications solely because of their race generates a feeling of inferiority as to their status in the community that may affect their hearts and minds in a way unlikely ever to be undone.”

Something we should hold on to perhaps? The notion that some form of judgement made arbitrarily might impact the self esteem of those judged and give them a sense of inferiority.

How do you know you’re not cutting your neighbour’s grass?

Travelling through rural Canada I notice properties don’t have boundaries. At least not visible ones. There are no walls, fences or even shrubs to mark the limits of one property, or to mark out the boundary with another.

Maybe it’s to do with space? When you have the large amounts of land they do here, maybe the space itself removes a need for boundary? Maybe the land is forgiving, so the people become so too?

In life, we tend to create boundaries for safety; to keep out potential intruders into our personal space. Silence is one of our best employed boundaries; keeping others out. Or, we create boundaries of belonging; tribes and groups that provide safety against threat from other tribes.

Maybe it’s the very marking out of where you stop and I begin, that creates the boundary between us? Be it between groups or individuals.

Yet in relationships of all sorts, we mark out our territory, then check with the other person whether it is safe to proceed. An office door – a polite knock. A first date – holding hands. A bag on the neighbouring train seat – permission to sit down.

I wonder how it would be for us to give each other all the space these Canadian home owners do? And if we did, whether our relationships would also become boundaryless?  A land where there is space. Space to be different, space to be free, space for autonomy, space to have purpose, space for compassion and humanity? Space for each other?

Waiting to board an aircraft. Sitting at the gate and priority boarding has been called. First class, business class and ‘members’.

Much of our human world prioritises wealth. Money buys you privilege.

The chosen ones look at us as we sit waiting to be called. We, the less fortunate, gaze on as the priority few pass through.

We judge them. They judge us. The world over.

Whereas goodness, kindness, compassion. These things curry no favour, yet are worth more perhaps?

Not just stories told in books, or on film, or in conversation. We love our stories about ourselves.

We don’t speak them out loud often. We don’t act them out on stage or on screen. We don’t share them with the world, in our workplace or at home. Rather we tell them to ourselves. Quietly. So quietly they are merely whispers. To those around us, these stories have no discernible words, no beautifully drawn pictures to admire, no compelling narrative to hook our attention, no plot, no beginning or end.

Instead the stories play out in our thinking, in how we behave, in how we are in the world. They show up in what is possible and what limits us. They control us. They become a self fulfilling prophecy. We become the actor, the main character in our pastiche of ourselves.

And we run our stories over and over. Day in day out. Week in week out. Inside.

Your past is just a story…
and once you realise this, it has no power over you 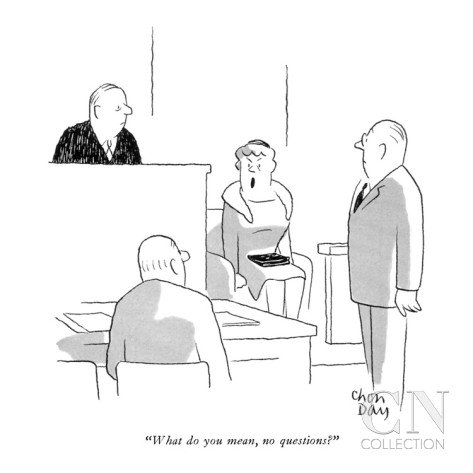 Does every question have a presupposition?

Well it seems that one does. It’s worded to suggest they do. It presupposes all questions, without exception. It presupposes you know what a question is, or a presupposition indeed.

Some coach colleagues and I were discussing this. Playing a game if you like. Who can come up with a question that is presupposition free? We couldn’t.

So if every question has a presupposition (and I welcome suggestions of ones which don’t), does that mean that we, the questioner, have a view, a plan, a judgement, a perspective even before we phrase the question? Maybe conscious, maybe outside our awareness?

Does it mean that the question is really in service of us?

We think of questions as ways in which we expand the perspective of those we throw them at, but maybe they are instead a means to reaffirm our already held perspectives?

The lead up has been tainted by the drugs debate. Competitors willing to take performance enhancing aids in an attempt to win at all cost.

I’m guessing many athletes and sporting competitors enter their sport because of a personal drive. An inner desire to perform at their best, to test themselves to the limit. Then it seems some switch to an external drive. An overwhelming desire to win medals, records, titles by whatever means. External objects, which act as testimony to their achievement, for which they are prepared to cheat to gain. Cheat others, but also cheat themselves.

Honesty and integrity sacrificed for a shiny object or piece of paper which draws admiration and congratulation from other people.

When do internal goals trump external ones and vice versa? How does external recognition become more valuable than internal truth? What causes that shift? Or is it there within certain individuals from the start?

Maybe this isn’t just about athletes and drugs? Maybe we are all vulnerable to lying to ourselves and to others so that we can be recognised, admired, valued, loved?

Maybe others have personal ambition trumping the perspective others may have of them – they don’t care what people think, they will just do their best for themselves. People who rob pension funds for example, so that they can buy yachts?

One of the most necessary liberations comes when you discover that what other people think of you is not the same as who you are.

When you can stop identifying yourself with the stories, mistruths and assessments of others, you can also free yourself from a constant inner pressure to appear as you think people want, or expect you to.

But once you know this, another wisdom must be taken on.

You have to understand that other people are not the same as your stories, perspectives or assessments either. That means that whatever you think you know about them can only ever be partial; one aspect, a single angle on a situation way more complex than you’ve allowed for. Whatever you see, know you are blind.

Once these truths are mastered, know also that the story you tell yourself about you, about your own limitations, your acceptance in the world, your abilities or inabilities, is also not who you are. They too are a judgement, blind to the whole you; distorted tales from long distant memories or unintended fabrications from your past. Knowing this allows you to silence your inner critic. It relieves you from the self imposed weight of expectation, the burden of disappointment, the constant sniping at your capability, your value, your contribution, how you come to this world.