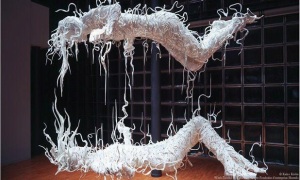 Systems of connection intrigue me. In Organisation Development we describe the organisation as a complex social system.

People are connected to each other. Connected to their friends and colleagues, to other individuals, teams and functions by responsibilities, processes and activities. Their behaviours, in part, defined by those connections and systems.

If you were to float above the earth you would see the ‘neural pathways’ created on the earth’s surface to support these connections – the motorway network, the wider road system, the rail system, the canals and rivers all acting as arteries to facilitate people connecting, whether for trade, for shared interests, for friendship or for love. If you float higher you may also see the trails of aeroplanes, creating a less permanent or tangible network of connections, spanning greater distances, with semi permanent hubs. If you subscribe to the right app for your phone, or visit the appropriate website you can see the planes moving through this network, with surprisingly fixed patterns and pathways; following each other with a regularity and spacial deference not obvious to the person standing on the ground. Another system network connecting people.

Now refocus your eyes and imagine the invisible network that connects us through the internet, through social media. Invisible waves of data, passing between masts and satellites, connecting people in this virtual world, globally.

Think about footpaths long overgrown, about Roman roads long lost to the eternal march of nature. Archeology long since buried. Relics, remains. There are many older networks which connect us but which lie like a faded script under the dominant visible thoroughfares of today. Another system, another network.

This may seem all man made. But nature works this way too. If you could map the path of each ant from a nest, or see the trails followed by foxes at night, or monitor the community of bees in the hive, or track the migratory routes of birds circumnavigating the globe, here too you would find networks of connection.

We are also connected through time. Connected to our ancestors. Invisible gene pathways that pass down traits, such as the colour of your eyes, the size and shape of your ears. Pathways that also pass down family and community stories, customs, behaviours, cultures.

Within our own bodies we are connected, tissues, veins, arteries, neural pathways connecting one part to another. Beyond that, chemical signals and communications, passing messages, connecting. The sounds of our organs, heart beating, blood rushing, enzymes deconstructing, all speaking to each other in an orchestral symphony.

We are, as human beings, connected.

And just like in the organisation, that complex social system, those connections shape us, enable us, influence us and limit us.

Take a moment to reflect on your connections.

The next time you are in front of another human being, pause for a moment to honour their connections, for those connections are a large part of their humanity.