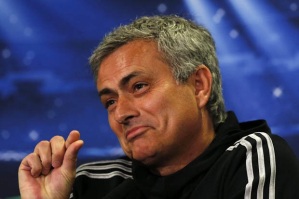 There has been much in the news these past few days about the Australia Scotland match in the Rugby World Cup. More specifically the refereeing ‘mistake’ which awarded Australia the match winning penalty. Not so much, was it a mistake in the heat of the game, but was it a mistake for the referee to depart the pitch with such haste after the final whistle? Was it a mistake to not ‘own’ his mistake?

Now Jose Mourinho has used the analogy of only one mistake, to comment on a football referee and his own punishment for previous comments.

Mistakes are something we generally seek to avoid. Cultural, organisational and societal norms suggest that they are not good. At school we are marked and assessed on our ability to get it right, not wrong. From an early age we are encouraged to think that mistakes are in some way a failing, something on which we can be judged, something to be steered clear of.

A wise coach I learned much from, once told me a story about a telephone coaching session. She began the call with her client when suddenly something fell off the table onto the floor. She put the phone on mute to pick it up, returning quickly to the coaching call. Her client reflected where he was at. She thought and posed a question. The client responded and spoke at some length. His take on her question surprised her, but it seemed to be creating learning so she let her curiosity go. Another question followed, again the client pursued an unexpected path. The thirty minute session was drawing to a close and her client commented that this was perhaps the best session they had had. At this moment she realised the phone was still on mute. Her client hadn’t heard her questions and had in fact done all the work himself.

Mistakes can reap real rewards. Mistakes are a learning opportunity. Many of the greatest inventions and movements forward arose from mistakes, or at least were unintended consequences or discoveries.

Maybe it’s a mistake to judge the mistake?
Maybe we should embrace it?